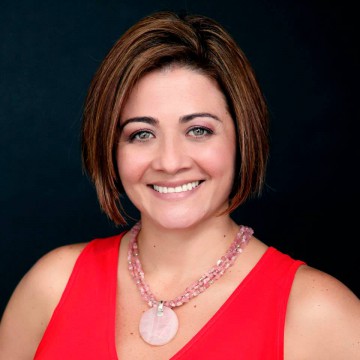 My mission for life is to help others have financial freedom so they can have choices and make their world a better place, through leading, teaching and coaching.

I am passionate about impacting young people's life because if I can teach them to think differently at a young age, I can set them up for better choices in life.

My name is Claudia, and I am the oldest daugther in my house. I am married and have to beautiful sons. I love teaching and helping others accomplish their dreams. I spend most of my time coaching and empowering real estate agents to reach their potential. I love what I do.

I am also an agent with Keller Williams International Realty’s (KWRI) Legacy Group in Spokane, Washington and Operating Principal (OP) at the Coral Gables-Coconut Grove office, I arrived in the U.S. from Colombia in 2003, alone and not speaking a word of English.

Within five years, I built a successful Team in Spokane, closing $72.9 million in transactions in 2015. And, in 2016, I became the first woman ever to reach the number-one spot on the National Association of Hispanic Real Estate Professionals (NAHREP) Top 250 list.

Because of my persistence, courage and determination in reaching the “American dream.” After making my way to Spokane, I immediately began taking classes to learn English, picking it up quickly by practicing with students from other countries. Soon, I landed a job as a bank teller. For $800 a month, I was on my feet for eight hours each day, processing transactions and counting money, because the bank didn’t permit tellers to sit down.

Soon, I began to look for other opportunities. I had worked for a real estate professional in Colombia, prospecting for rentals, so I decided to earn my real estate license. Shortly after doing so, I noticed a customer wearing a KWRI shirt in my bank branch.  Somebody told me, ‘You should go there (KW) because they teach you,’”  “I talked to the guy, and he invited me to join him. I didn’t do any research, I joined his team as a Buyers’ Agent on Day One. Within six months, I knew this was what I wanted to do—I eventually wanted to open my own team.”

I promised to give the office two years and her best effort, but was upfront about my goals about being a Market Leader. In 2007, I opened The Legacy Group with a partner. And then the market crashed.

While it would have been easy to panic, it didn’t even enter her mind. Instead, I kept my focus, and managed to close 120 transactions in the first year. But, roughly 80 percent of those transactions were buyers. If I was going to grow the team the way I intended, I knew I had to change the ratio to include more sellers. Me and my partner invested in marketing, especially radio advertising, and I hit the phones every day, becoming the “expired listing queen”—calling the owner of every expired listing I could find.

For the first two years, my entire world and most of my time revolved around building my team. The marketing and prospecting were working, but I realized I needed help in helping my team grow and turned to MAPS Coaching Mastery.

As my business grew, I began thinking about moving closer to Colombia. I had been involved in KWRI’s operations in Colombia and wanted to be able to return to my homeland more easily than I could from Spokane. To see if my team was ready to operate without me, I began taking two weeks off, or just going into the office two days a week. I was able to take off three months, and the systems worked without me. It was time to find my replacement to lead the 24-person team.

I moved to the Miami area and worked remotely to help my new CEO of The Legacy Group get up to speed, traveling back periodically when necessary. Shortly after my relocation I became the new Operating Partner for the Coral Gables and Coconut Grove Market Center. I met Maria Arias, and I hired her as the new Team Leader of my Market Center. Within three years, the market center has grown to more than 350 agents, giving more than $250,000 in profit sharing. Its reputation attracts Mega agents and icons, doing the same things that have worked before: Finding good people, prospecting regularly, investing in marketing, and working with the KWRI systems.