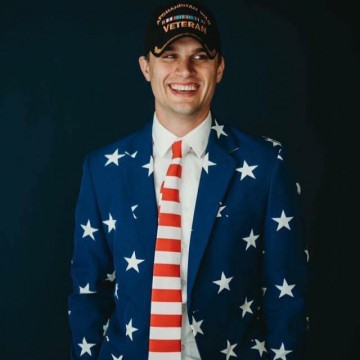 General George S. Patton was once quoted as saying that “a leader is a man who can adapt principles to circumstances.” Luke Schrader has been able to successfully apply this statement in many different aspects of his life. As a former US soldier, Mr. Schrader was recognized with several key awards and other forms of recognition for his outstanding leadership and his burning desire to succeed in everything that he did while he was deployed to Afghanistan.

Since that monumental milestone in his life, Mr. Schrader has been directly involved in many real estate transactions that are collectively worth hundreds of millions of dollars. The skills he acquired in the service as a teacher have allowed him to teach many people how to create real estate portfolios and build passive incomes. Mentoring and molding young minds is another passion project of his, because Mr. Schrader strongly believes that they are the ones that will be able to unlock the future and just need to be shown how to use the key.

Mr. Schrader and his wife currently live in Portage, Michigan and have two daughters so he truly does know the meaning of family and can sincerely understand how much family means.